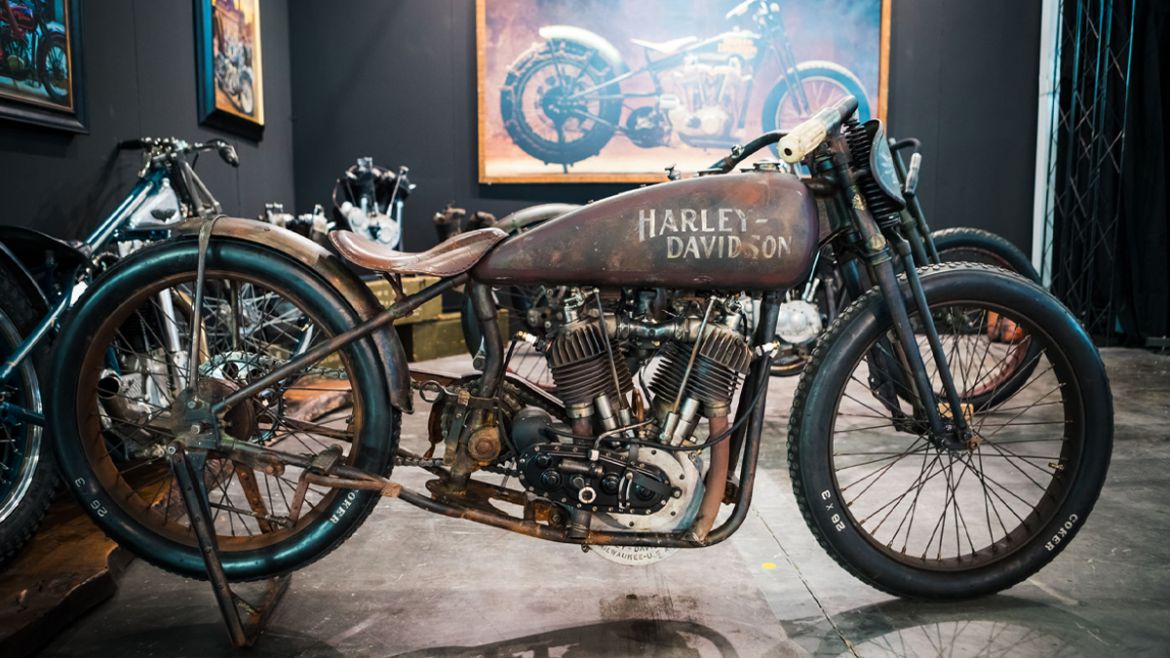 Last January with great enthusiasm I attended once again the Motor Bike Expo 2022, the most important national and European event for the world of custom motorcycles.

I wanted to recreate a small museum dedicated to American racing motorcycles from the early 1900s.

In addition to the Harleys and Indians dating back to the beginning of the century, I also brought Racer, a very particular Special commissioned to me by a man passionate about motorcycles who gave a great personal meaning to this one.

Racer maintains its ancestral racing DNA on clay ovals thanks to its HD 1929 Peashooter ­­frame which initially featured a 300cc mono engine.

After several modifications, I managed to insert a tuned HD F 1200 engine from 1925.

Racer has neither brakes nor gearboxes, starting is only possible by spinning the rear wheel with the hand and I assure you that the resulting power is truly phenomenal, as is its driving.

Another relevant detail is the painting: the frame has various aging processes handled by me and Zappa while the particular “patina” and decorations have been reproduced by my custom painter friend Arianna Crippa who has succeeded in transmitting this “secular” feeling.